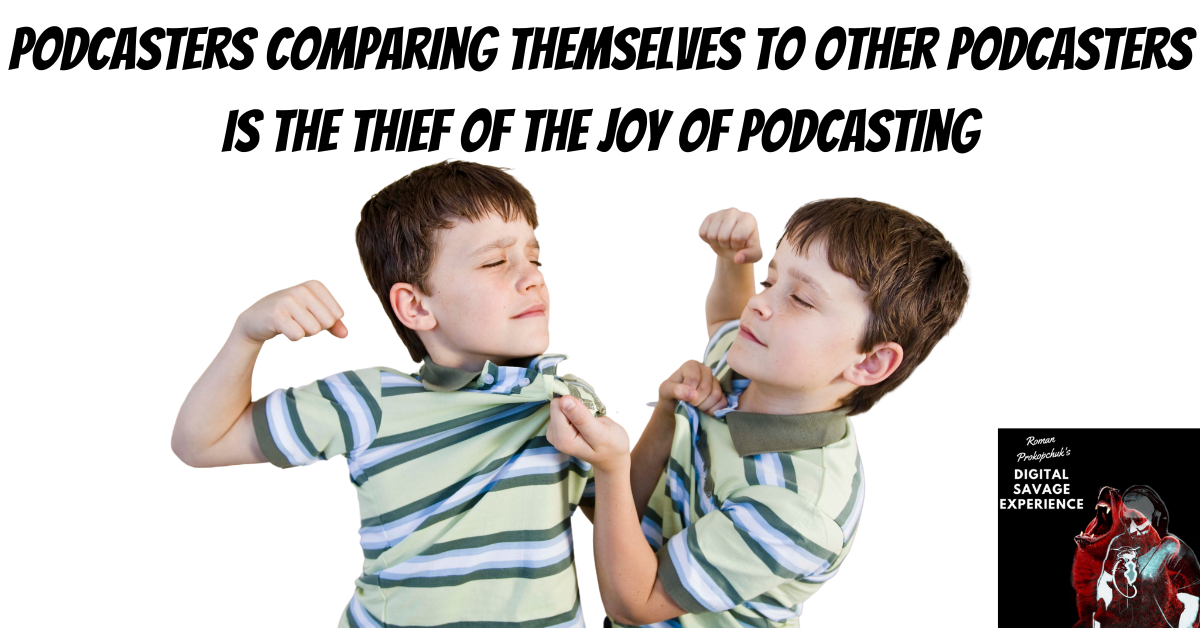 You reach a goal or milestone. Then notice someone you know in your field just reached a goal that maybe surpassed yours.  You ask yourself, you have more experience, you've been in your field longer, you've done more and so on. Why are they doing so much better? Sound familiar?

I feel it happens a lot to podcasters including myself over the years.  You start out bright eyed potentially doing it for passion or a straight business move.  Regardless what it is, if you make it to at least around episode 10 maybe you'll keep podcasting for a while.  But if you stack a few episodes under your belt you naturally start looking how other shows are doing.  Perhaps your friend's shows. People you've met at podcasting events. Other shows in your space.  Competition is natural, but devaluing your accomplishments based on seeing other people's success is toxic.

Even at events like Podcast Movement this is facilitated.  I've been in may sessions where people are asked to raise their hands to how many downloads they have.  Those that don't have many are forced to identify themselves or not respond at all.  Even though they may have a great show, and is moving at it's own pace, maybe now they start second guessing themselves are the small gains they have made.

Have a goal like the top show in my space gets 1 million downloads a month.  How am I going to put together a business plan to surpass that in the time it took them or shorter.  Understand and analyze the tactics they used to achieve this, and create a plan to actually move forward that goal.  Understand where you are, be proud of it, and appreciate it.

But don't diminish the flame of your own show's achievement by being paralyzed the fires of others. 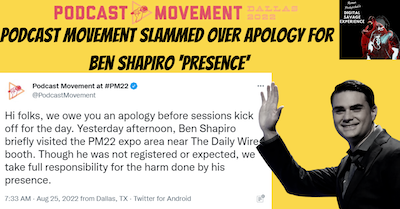 Podcast Movement Slammed Over Apology for Ben Shapiro 'Presence' I'm sort of glad I was unable to go to this year's podcast movement in Dallas, Texas wi… 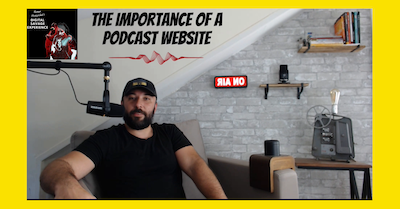 The Importance Of A Website For Your Podcast Being in the digital marketing space since 2009 I have seen the evolution of the internet first hand. Reg…